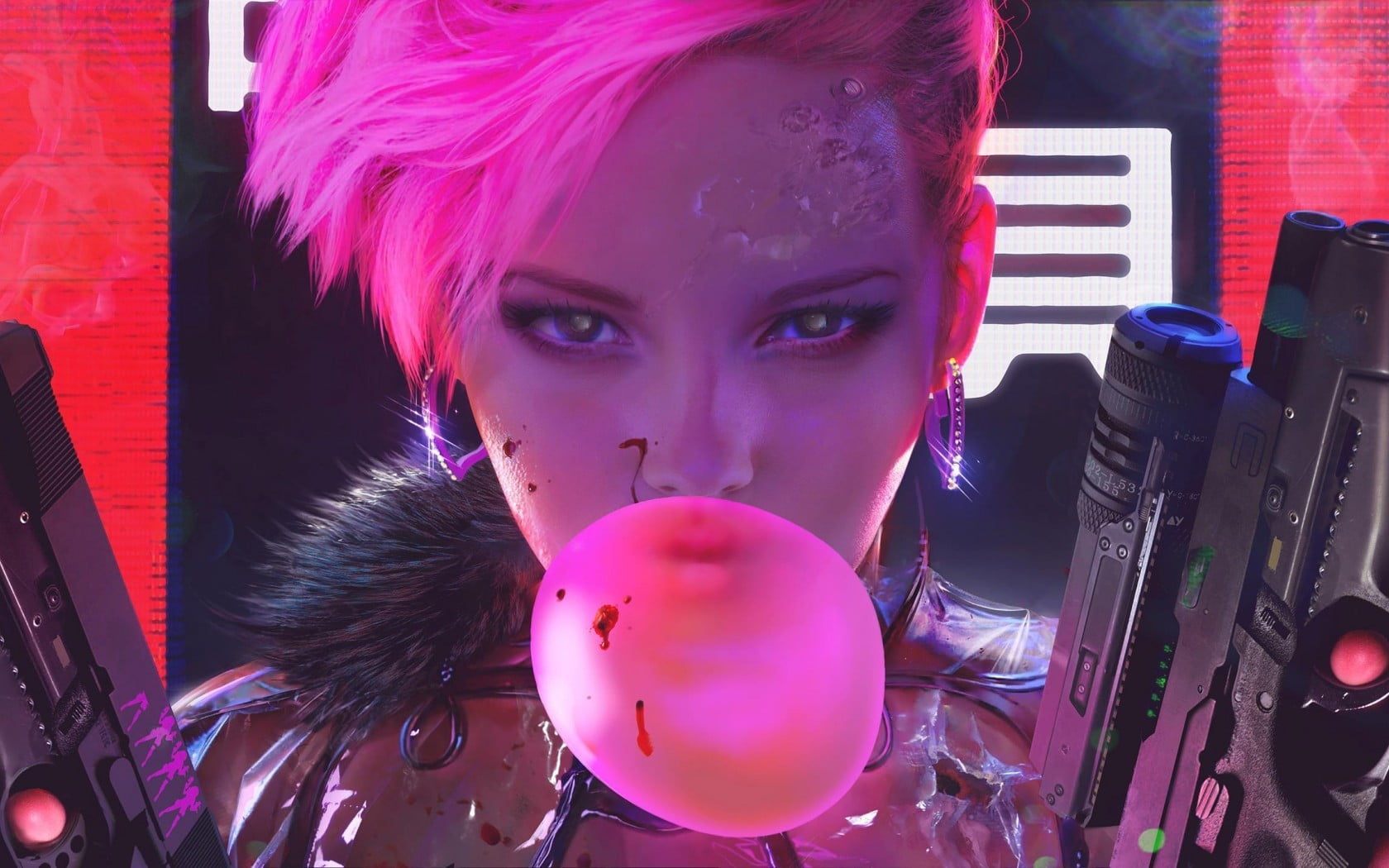 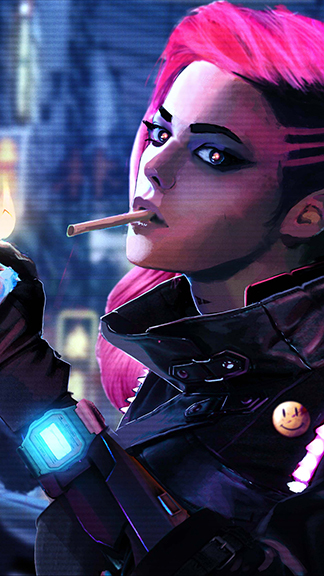 Background:​
In a flash, an instant.. Sudden visuals- memories of a lifetime prior flashed across the inside of Alyse's eyes. A memory trip, one she had taken many times before. Her brain withering away at itself while is scraped through all the hardship, her struggles, the road that led to her to this day. "Lets go back to the beginning..." Alyse thought to herself. Instantly the clock turned back and thousands of hours of her life went flying as far as she could remember.

Just like that, she was young again. Running down the sidewalk streets in the city always seemed so safe back then. Of course, she was pure, she didn't know any better. What she thought was people just having conversations with one another was actually so much more than that. Drug deals, hit requests, common talking pieces in the Slumscape. A memory of her kicking a can of "Expraxo's Canned Sleep Formula" into the street in front of officers stuck out, the day she was taught better by Manticore. Usually Officers never thought much of something such as a small litter, however, she was immediately escorted home. She remembered having to sit in her room while the officer argued with her parents, threatening "re-education" if she couldn't behave. Her parents scoffed as they slammed the door towards the officer on the way out, returning to Alyse's room to find her crying under the bed. "They don't like us. They just don't like our kind hun.. I'm sorry. We are just a cog in their system, some day we will break free." Her dad said, wiping the tears from the young girl's face.

Years flashed by. Now that same young girl sat 12 years old sleeping in bed. The roaring sound of an explosion at the front door slammed the girl to her feet. Immediately she did as her father had warned her to do if something ever happened, and began taking cover under her bed. She laid silently weeping under the bed for 15 minutes while she heard the sounds of terror echoing through her home's living room. Her father immediately began firing his weapon, a small firearm Alyse was never allowed near, followed by the sounds of her mother's pleas. The woman begged for mercy, crying for her attackers to give her a chance to explain. Then, a boom, followed by complete silence... Alyse laid under her bed until she was sure she was safe to explore the chaos. Crawling to the living room, Alyse found her parents bodies limp and blood-soaked. They had been executed in their own home, leaving Alyse to fend for herself. There the crying girl laid next to her parents, wrapping her mothers arm around her one last time as she clung to the last moments she would be able to see their faces. "Fuck! Stop."

Alyse watched in painful motion as she saw herself grow up on a repetitive loop. She watched as that heartbroken, lost and scared little girl had to learn the hard way that the streets aren't as loving as she once though. Quickly it was discovered that she had to get good at breaking into things if she planned to survive. Sometimes it was basic goods like food out of necessity, other times it was something more valuable for pleasure and payment. Crime didn't come without cost, leaving Alyse needing to find a way to protect herself. Guns were a quick tool that took little practice for her to excel at; This city took no prisoners, and neither did she. Vowing to one day find her parents killers, Alyse began taking on side-jobs threatening the local gangs into submission for the highest bidder. This early age lifestyle led Alyse to where she is now, pulling off hit contracts and heists alike for the right price.

She sighed lightly, disconnecting the JackerPort from her memory drive.